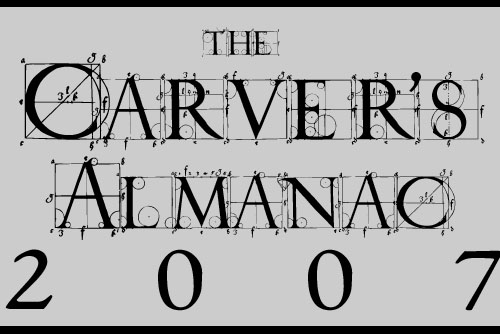 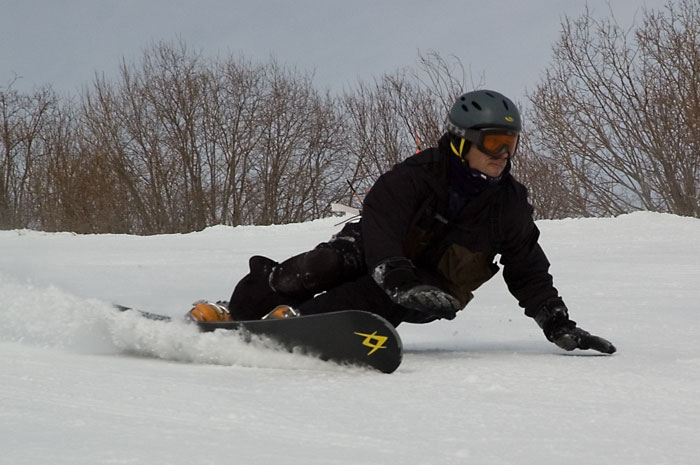 Carving on a snowboard means never skidding. Carvers tilt the snowboard high on edge, leaving pencil-thin trenches in the snow, while leaning into the turn until both forearms are skimming the slope. Carvers make perfect half-circles out of each turn, changing edges when the snowboard is perpendicular to the fall line and starting every turn on the downhill edge. Carving on a snowboard is like riding a roller coaster, because the board will lock into a turn radius and provide what feels like multiple Gs of acceleration. It feels like the purest way to ride a snowboard, because no skidding is involved. It also qualifies as a spectator sport that shows off the most beautiful, perfect turns you will ever see on the slope. It can be done to a limited extent with a stiffer freeride snowboard setup, but to achieve "dialed in, locked-in" carved turns, carvers use snowboard racing gear, which consists of hard-shell snowboard boots, hard plate bindings, and a race board. Carving also requires a skill set that is somewhat different from either freeriding or racing. In the U.S., carvers are a rare breed: Except when snowboard races are held, there will typically be fewer than a dozen carvers on the hill, and carving gear constitutes less than 1% of the snowboard market. Carving advice is rare, and hence the necessity for The Carver's Almanac.

©2004-2005 Scott Firestone. All Rights Reserved. All submissions become the property of the Carver's Almanac. Use the advice at your own risk; The Carver's Almanac makes no representations or warranties of any kind regarding the content. Anyone can link to this page.